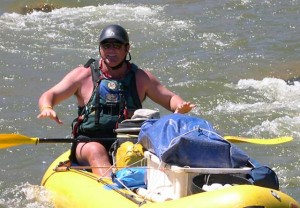 Who better than Willie Jooste to head up the Outdoor Pursuits Programme at York High School. Born in Vanderbijlpark he matriculated at Potch Gymnasium achieving colours for rugby, swimming, leadership and academics. In addition he also achieved his provincial colours for swimming. Following school he did his National Service at 1 Parachute Battalion in Bloemfontein before attempting an Engineering Degree at the University of Pretoria in between playing TUKS U/20 Rugby and 2nd XI Cricket. He decided to quit varsity at the end of the rugby season and spent the next four years in the Special Forces of the then SADF. Apart from combat experience he also acquired a skill set that included : skydiving, survival, mountaineering, first aid, advanced driving, boat handling and a few other bits and pieces. He eventually concluded his service with the rank of Major.

While that was all happening he completed his B Compt Degree through Unisa and ended up in George as a result of his keen interest in Hobie Cat sailing. Between jobs he met the founder Headmaster of York High School, Mr Ron Dugmore, who offered him at the age of 28 a job as the Accounting Teacher.

The next 30 years can fill a book or two, but in a nutshell :

Finally : His last medical has confirmed – his blood is BLUE!